skip to main | skip to sidebar

SANDY AND ROBERTO ALOMAR POSTER
Many years ago a friend asked me to make this poster, because he was trying to get hired as an accountant for Sandy and Roberto Alomar, who at the time were the only brothers in the big leagues who played on the same team. But before I could totally complete it, one of the brothers left that team for another, so the whole idea no longer seemed so great. Still, its the only sports portrait I've ever done. Unlike most of my paintings, I did this on my computer, mostly using a program called Painter. 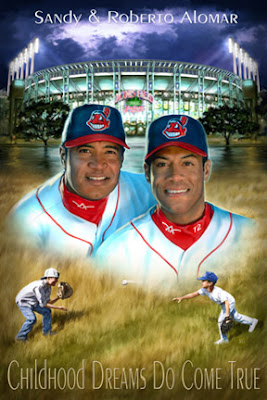 BETH'S OTTER
I painted this for my friend Beth as a birthday gift. Later on I painted a larger version of the idea for the Ryman show (see images for 2006 below) 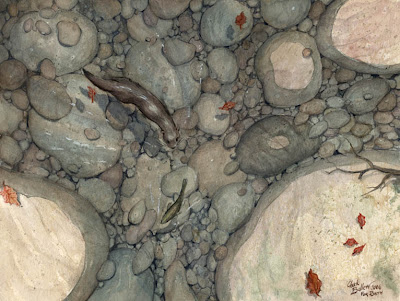 SCOTT and BETH
This was for Beth and her husband Scott. He's a big believer in American Indian religeon, and his spirit animal is the dragonfly, and Beth's is the otter, so I made them this card. 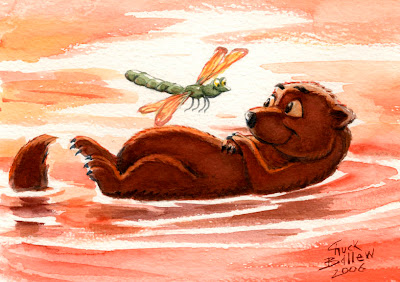 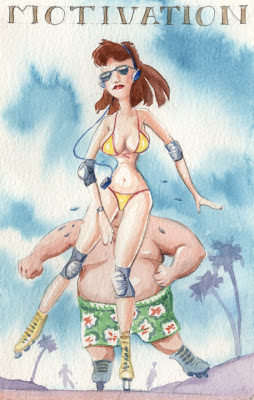 PEA EYE AND GUS
This is a painting I abandoned becasue I didn't like how it was turning out. Its a scene from the novel Lonesome Dove. Maybe I'll finish it someday. 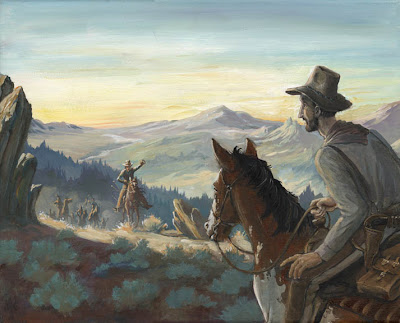 ROCK SHOPPER
This is a digital painting I did based on several photos I took of a little girl who was walkign around on the shoreline shopping for rocks. The ship was indeed behind her in the photo, and its none other than the SS Constitution, which was participating in a regatta. The photo was taken in Glouchester Mass. 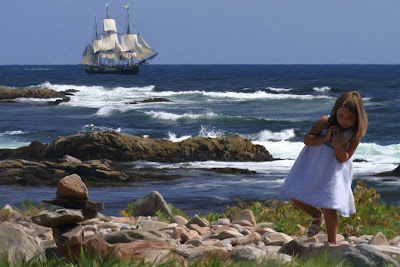 Posted by Chuck Ballew at 4:21 PM No comments: 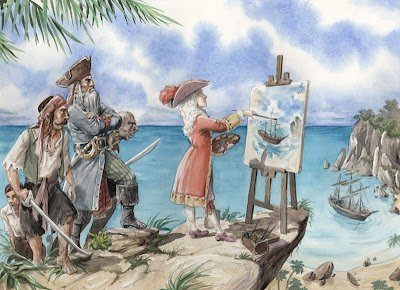 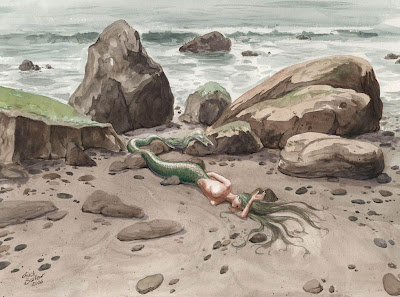 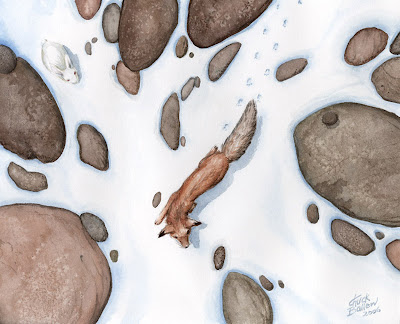 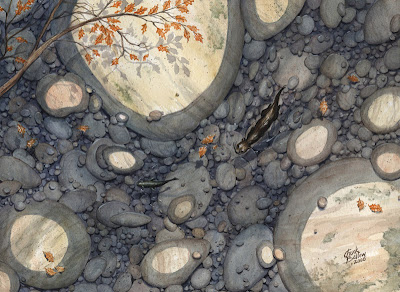 Posted by Chuck Ballew at 3:11 PM No comments:

Chuck Ballew
Burbank, California
All images are copyrighted by me, so please don't copy or share these images without my permission. Thanks!